The  world renown Zanzibari  BAJIA NA ROJO  outlet owner  SUGRABAI  passed away  on Thursday at the age of  68-69.

Sugrabai Ahmad  was born in early 40 in Mkunazini behind Empire Cinema and was the 4th daughter/child  of her parents. The 4 sisters had only one bother Abdallah (Bawa), last of the siblings who died last year. Their father,  a construction worker died in 46 when Sugrabai was small and the family had to struggle to survive, their mother making BAJIA  and later with boiled potatoes  ZANZIBA MIX, ( Bajia, potatoes with ROJO , the sauce with mixture of different chutneys like coconut, tamarind and kokam(velvet tamarind)).

These bajias made of  crushed beans ( kunde)  were typical  starters or biting  originating in Cutch, Western India , the coconutchutney was a Zanzibari influence on the fusion of  cultures that we have in Zanzibar.   There were many Cutchi (Kumbaro ,Khoja) ladies who used to support their families by selling bajias on their barazas .

Sugrabai left school  from Class 4.  At the very tender age of 11 years she joined her mother and sisters to help the family preparing the mix and selling  outside her former school, The Sunni Madressa  for Girls in Kajificheni . Later she was also sitting at different Barazas in Stone Town in the afternoons, especially in front  Majid Jiddawy’s /Sultan Riyami’s house  selling the mix while her mother and sisters prepared the delicacy in their small house  behind Empire as well as  sold and served at their door step. Later in the 60s they opened a small restaurant  in the building attached to Empire Cinema.

With time Sugra’s  Bajia, Rojo Mix became very popular amongst Zanzibais and visitors alike, the reputation spread around the world like bush fire and even Lonely Planet Travel Guide recommended it. Today Bajia Mix is as much a Zanzibari delicacy as Sambusa, Biriyani ,Kuku Wa Kupaka , Mkate wa Ufuta etc.

Sugrabai never got married, she dedicated her life to bajia business and supported her family including the late brother. She is survived by her elder sister Zulekha who has been working with her.  She will be missed by all who loved to visit her small outlet  in Mkunazini.

May Allah The Almighty Rest Sugra’s Soul in Eternal Peace  and spread her culinary delight to the world -  Ameen.

Her funeral just like her brothers was attended by hundreds of Zanzibaris to pay last respect to the legendary  person she was. This clearly shows that Zanzibaris respect you for who and what  you are   and not what position you have on the social, economic or political ladder. It also contradicts the revolutionaries propaganda of 60s , the Wretched of the Erath were among all communities   (if no mistaken, except Parsis !)

In  Zanzibar and not restricted to Africans or Shirazis.

A neighbor and native of Mkunazini. 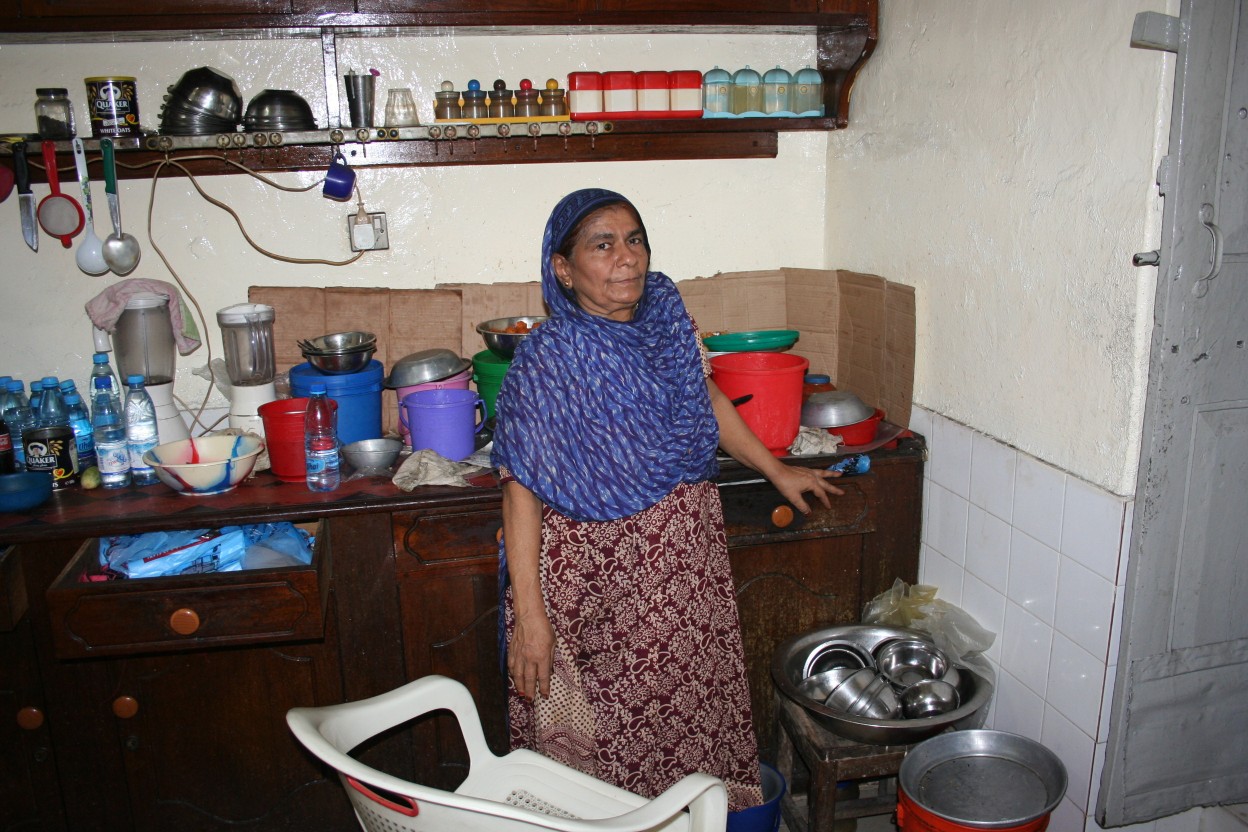 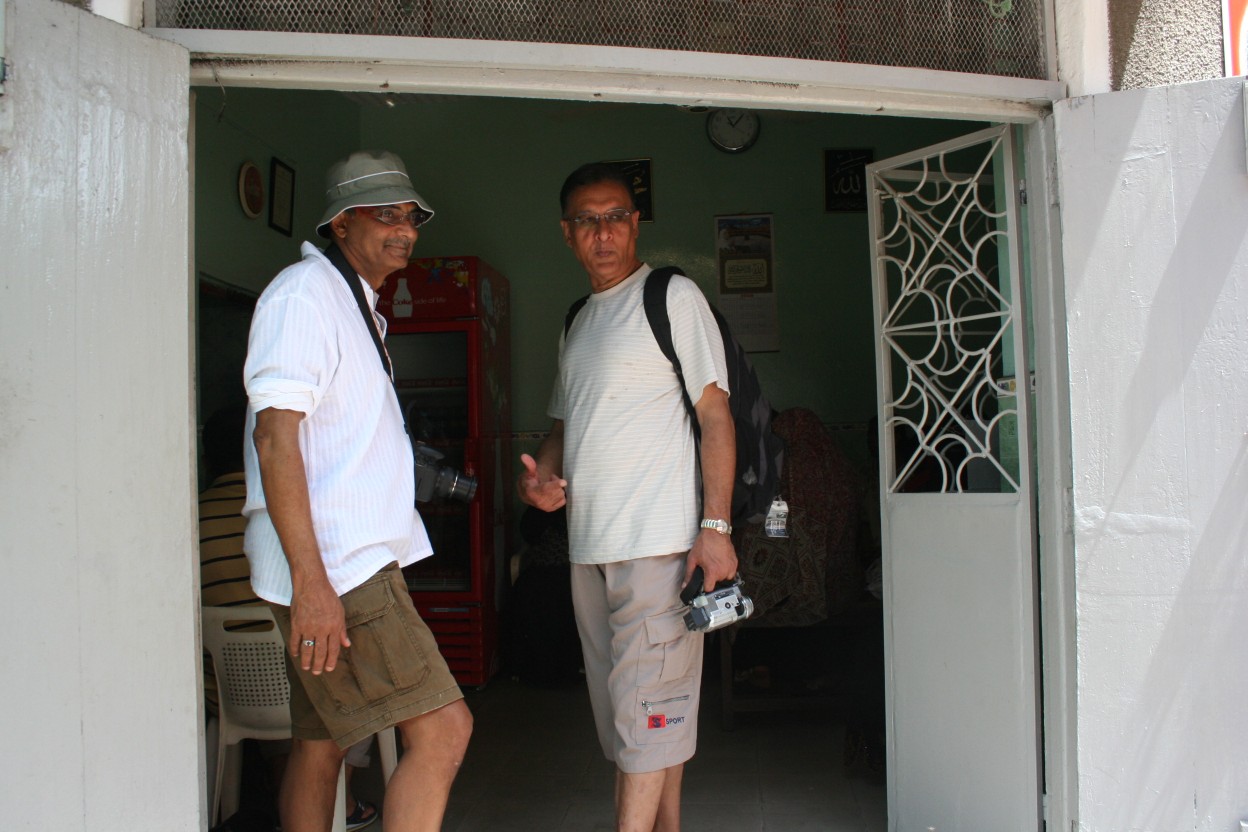 Sad to hear the  news of Sugrabai. She and her late brother Bawa were an icon. Bawa was a very contented person. He was my school mate. This is Sugrabai in one photo and in the other one, I am outside the Bajia place. May Allah rest her in peace.

Inna Lillaahi Wa Inna Ilayhi Raaji'oon
To Allah we belong, and to Him is our return. (Al-Baqarah 2:156)

It is with deep sorrow to have received sad news from  Toronto, Central Canada, North America  on the passing on of Bi Sugarabai in Unguja, Zanzibar.

Bi Sugarabai operated a tasty snack house at Mkunazini right behind the former Empire Cinema.  The small snack bar was world famous for delicious and tasty bajias, batata, kachori and the mixture, called in Kiswahili "ROJO."  It was quite popular with locals as well as tourists.  I visited the place almost everyday during my sojourn in my beloved motherland during last September and during my previous visits.  I shook her hands and conveyed my condolences to her on the passing on of her partner and brother Mzee Bawa a year earlier.  She told me that she missed her brother a lot  and he was her "right hand".  She spoke fluent Rana Koochi.  Bi Sugarabai, Bwana Bawa and their late sister Bi Jillu bai started the flourishing snack bar where prices remained the same despite hyper inflation in Tanzania

We convey our heartfelt condolences to Merhemu's family.  For me personally, I have lost one more attraction in my motherland.

Sugra the Zanzibar mix seller is no more. She had her shop behind former Empire Cinema and one has not visited Zanzibar without visiting to go and have snack here. Zainab Badawi in her one square mile BBC documentary also paid a visit here during the shooting of this short video which was shown throughout the world. The best we can do is to ask Allah to forgive her sins and grant her a place in paradise. 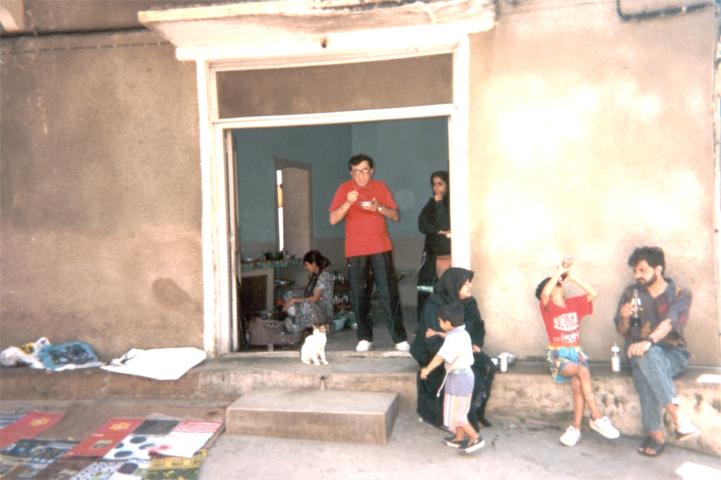