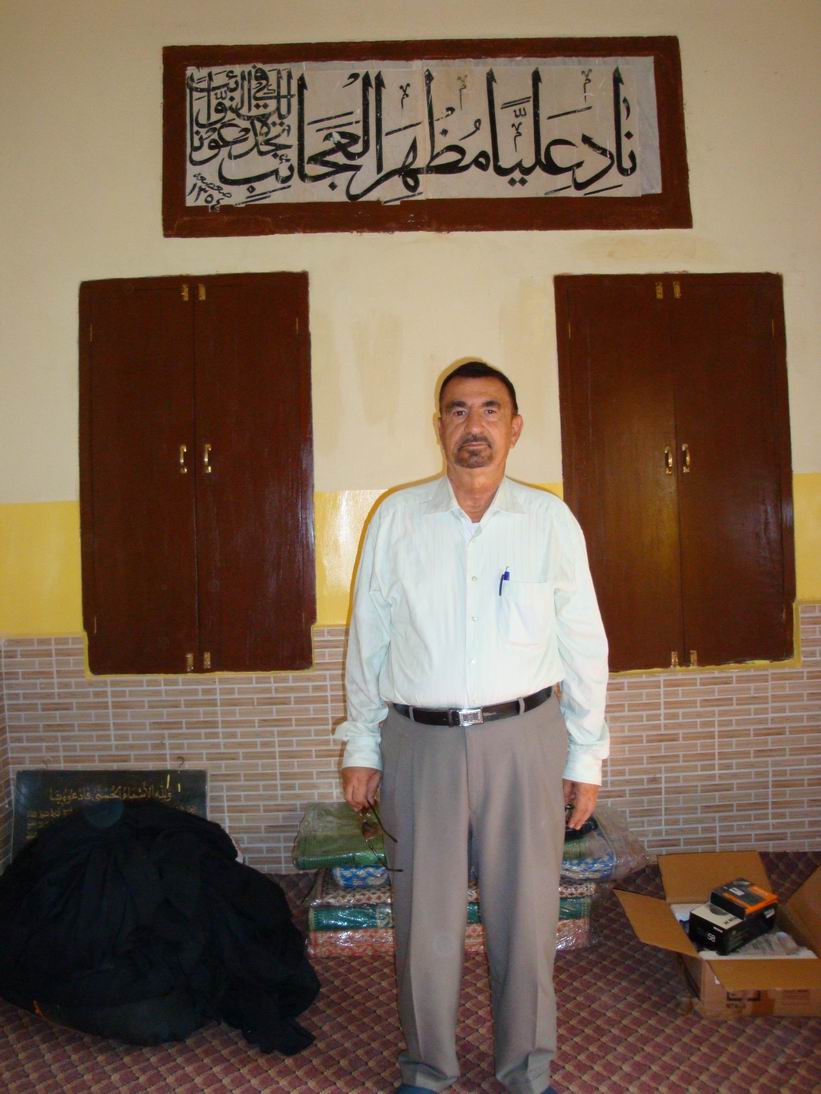 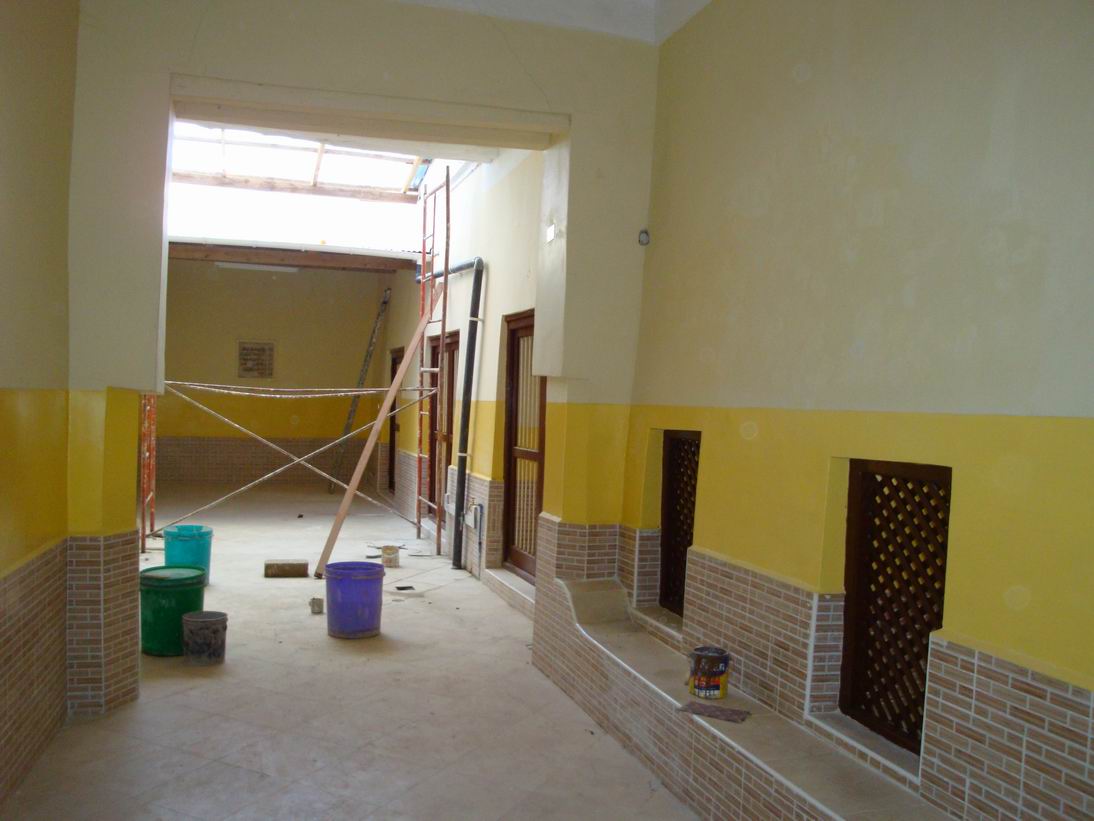 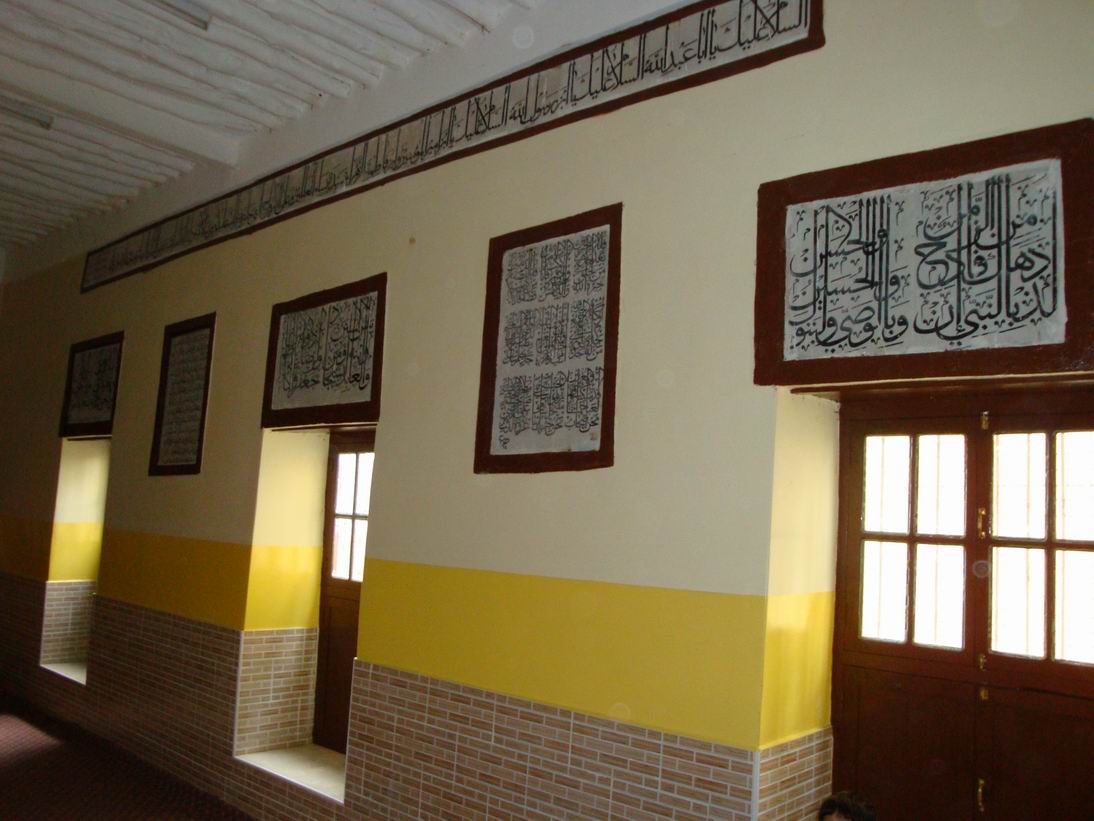 d Majlises. This was felt more necessary as more and more Shias from Bahrain , Iran and Muscat chose or elected to stay in Zanzibar permanently after the dhow season, the monsoon, since these Shias could easily find jobs in the Sultan’s private army or opening small dukas (retail shops).

Mr. Mohamed Nauman was a popular personality in the sultan’s retinue whilst Major Mohamed Ahmed Khan, a major was equally an important person in the court of Sultan Baragash. They both then approached the Sultan of Zanzibar Syed Baragash to provide them with a suitable place to hold Azadari/Majlises. This request from the Commander of the Sultan’s private Army Major Ahmed Ali Khan and Mr. Mohamed Nauman was treated with utmost respect. The then Sultan Baragash allocated a big house (behind the current Sultan’s Palace and behind the grave yard, a road leading to Hurumzi Street ) as the first Matam-e-Baharani where it remained for over a decade prior to its moving to Kiponda Street , the current Matam in Zanzibar . The old building turned into a Girls’ Primary School or Boys’ Primary School.

Zanzibar during those days prior to the arrival of the Shia Khojas to the Island , all the non- Khojas Shias performed their religious ceremonies at the Matam. The majority of the Shias were in the Sultan’s Private Army under the command of Major Ahmed Ali Khan. Because of their (Shias) honesty to the state and the influence Major Ali and Mr. Mohamed Nauman enjoyed, the Sultan owed a duty to accord the Shias the desired respect and since all of them spoke fluent Arabic, the language of the Royal Court in those days.

Major Mohamed Ahmed Khan, because of his honesty and devotion to the religion, was often called by the Sultan Baragash “Kalbe Ali Khan” which meant a Muhib or a devotee of Hazrat Ali (A.S). The Sultan would always welcome Major Mohamed Ahmed Khan as “Kalbe Ali Khan” whenever he would call at the court and enjoyed a special treatment from the Sultan.

Matam-e-Baharani, as it is called today, was named by Major Mohamed A. Khan since he was a Baharani, moved to the present site in the early 1900 and more particularly during the reign of Late Syed Khalifa bin Haroub. The Late Sultan Syed Khalifa had also a special respect for the Shias of Zanzibar and for the Matam.

So much so, the Sultan had made Nazer during those days that if he was gifted with a baby boy he would spread Persian carpet in the entire Matam. When his late wife Bibi Matuka conceived and late gave birth to a baby boy then named Abdulla, who later became the Sultan of Zanzibar in the 1960, the Sultan Khalifa fulfilled this sole man promise and he accordingly spread the Persian carpet in the Matam and held an annual Nyaz (cummunal meal).

The current Matam-e-Baharani building was bought by a rich Arab from Muscat , Oman Sheikh Saleh bin Ali. The building was divided into two portions the ground floor was reserved for the Matam whilst the upper floor was occupied by the donor and his family. There were then about 150 Shias small and big.

The current Shias of Matam-e-Baharani are the original Shias from Bahrain , Muscat and Iran who inter-married in Zanzibar with the locals. After the death of Major Ahmed, the custody of the Matam went to Syed Abbas and later to his son Syed Kazim who was looking and preaching at this facilty until his demise.

Now Matam Baharani is being mostly used  by the idegenenious people of Zanzibar who have converted to shia faith and attend the ceremonies in large numbers even surpassing the old times.

May Allah reward immensely all those who have donated financially in this noble cause and particularly to Syed Muhamdsadiq Mohamedali for his contribution to oversee this work well done.